To share your memory on the wall of William Duffy, sign in using one of the following options:

Receive notifications about information and event scheduling for William

We encourage you to share your most beloved memories of William here, so that the family and other loved ones can always see it. You can upload cherished photographs, or share your favorite stories, and can even comment on those shared by others.

Posted May 14, 2019 at 10:42pm
It was heart wrenching to hear that Bill was stricken with ALS. Bill was such a fun loving optimist that deserved to enjoy life. There are many memories of parties, travel and great social time where he was the life of the party. Always ready with a tune and his wonderful smile. Please accept my sincere condolences Meaghan and Kate for the loss of your dear loving father. Patti, Barb, Kathleen and Karen I am so sorry for the loss of your brother.
With extreme sadness...
Laurie Huneault
Comment Share
Share via:
SF

Posted May 14, 2019 at 03:34pm
We are very sad to learn of Bill's passing. We have lots of warm memories of Bill and Lorraine and how he would light up, when he spoke of her. We love the picture of Bill on his Harley. We know that was one of his true pleasures. For family and friends, please accept our heartfelt condolences. Bill, you have left us with the inspiration to enjoy life!
Comment Share
Share via:
JC

Posted May 13, 2019 at 04:57pm
May the family of William Charles "Bill" Duffy please accept my sincere condolences hoping you find comfort in God's words at Acts 24:15 and Psalm 37:29.
Comment Share
Share via: 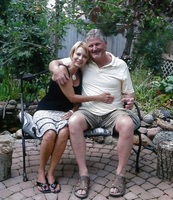 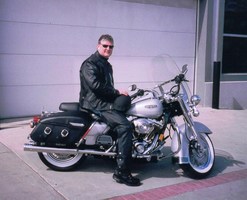 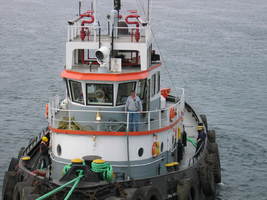