To share your memory on the wall of Robert "Bob" Tait, sign in using one of the following options:

After a short illness, Bob passed away April 20 in his 88th year. He will be deeply missed by his wife of 46 years, Ann (nee Gray); his sons David and Jamie; their spouses Carrie and Sherri and his much-loved grandchildren Ilona, Cooper, Scarlett and Alex. He is survived by his sister Helen of Perth, Scotland.

Born in Dundee, Scotland, he graduated from the University of St. Andrews, Engineering, 1953. Bob came to Canada in 1959 and accepted a job with Proctor and Redfern Limited, Consulting Engineers, and remained with the company as Manager of the Hamilton Office and Vice-President South Western Ontario Branches until his retirement in 1996. Bob was given the Engineer of the Year award in 1993 by the Hamilton Engineering Institute and Professional Engineers of Ontario, Hamilton Branch.

According to his wishes, a private cremation has taken place. Visitation at SMITH'S FUNERAL HOME, 1167 Guelph Line (one stop light north of QEW), BURLINGTON (905-632-3333), on Thursday, April 25 from 9:30 – 10:30 a.m., where a Memorial Service will be held in the Chapel at 10:30 a.m. Reception to immediately follow. For those who wish, donations in memory of Bob to Cystic Fibrosis Canada would be sincerely appreciated by the family.
Read Less

Receive notifications about information and event scheduling for Robert "Bob"

We encourage you to share your most beloved memories of Robert "Bob" here, so that the family and other loved ones can always see it. You can upload cherished photographs, or share your favorite stories, and can even comment on those shared by others.

Posted Apr 25, 2019 at 01:09pm
Anne and I send our sincere condolences to Ann and all the family. As a fellow Scot, it was a pleasure and privilege to work under Bob's astute and thoughtful guidance for my first five years with Proctor and Redfern. Bob was a good friend and mentor and I will cherish his memory.

Posted Apr 22, 2019 at 11:13am
Dear Ann and family
Our sincere condolences. Thinking of you all at this difficult time and sending much love. Xoxo

Joyce and family purchased the The FTD Heavenly Scented Basket for the family of Robert "Bob" Tait. 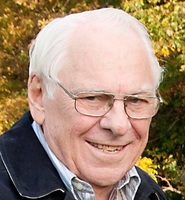