To share your memory on the wall of Michelangelo Butera, sign in using one of the following options:

Provide comfort for the family of Michelangelo Butera with a meaningful gesture of sympathy.

Michelangelo is survived by his children, Rosina (Toronto) and Pat (Stoney Creek). He was predeceased by his beloved wife Giovanna (nee Caruso) reunited now after more than 25 years apart, his parents, Michelangelo and Rosina (nee Perri) and his parents-in-law Pasquale Michelangelo Caruso and Paolina (nee Fragale). Michelangelo is the dear brother of Soccorsa, Santo and his wife Concetta, and Armando all of Italy and brother-in-law of Maria Caruso and Wanda Ferraro of Italy, Michela Caruso and husband Jack, Eugenia Bozzo and husband Silvio in Canada. He is predeceased by his brother Giacomo and his wife Maria and his brother-in-law Angelo Sartori as well as 8 siblings who passed away in infancy. Also predeceased by sisters-in-law Rosa Caurso, Angelina Caruso and husband Raffaele Perri, and brothers-in law Luigi Mariano and Michele Nicola Caruso. Michelangelo will fondly be remembered by many nieces, nephews, relatives and friends in Italy, Canada, the U.K, the U.S.A and Australia.

Michelangelo was a master bricklayer and honed his skills to be called a “Mastro”. He left home at an early age to help support his parents and siblings with stops in Bolzano, Italy; Germany and finally Canada. On a trip to New York City, he recalled how the “La Napoli” was docked near Battery Park and how he navigated his family through the immigration process. He was most proud of his Italian military service with stops in Napoli and Padova and being able to cheer on his countrymen at the 1956 Cortina d’Ampezzo and 1964 Innsbruck Winter Olympics. He was an avid opera fan spending his last months enjoying afternoons of his favourite Puccini operas as well as an avid traveller. Michelangelo was a member of the Sam Manson Bocce Club and enjoyed many evenings with friends playing his favourite Italian card games and bocce during the warm summer months.

The family would like to thank Emmanuel House, March of Dimes Canada, the team at Juravinski Cancer Center, St Joseph’s Home Care, St. Elizabeth Healthcare, Bayshore Home Care, the Cancer Assistance Program, the team at Parkdale Pharmacy, and CCAC for their care and compassion.

The family will receive relatives and friends at SMITH'S FUNERAL HOME, 454 Highway #8 (east of Millen Road) STONEY CREEK (905-664-4222) on Wednesday, July17, 2019 from 3-5 and 7-9 p.m. with Vigil Prayers at 4 p.m. Funeral Mass will be celebrated at St. Francis Xavier Roman Catholic Church, 304 Highway #8, Stoney Creek on Thursday, July 18, 2019 at 10 a.m. Entombment to follow at Holy Sepulchre Cemetery, Our Lady of Victory Mausoleum, Burlington, ON. As expressions of sympathy, donations can be made to the Cancer Assistance Program and the Good Shepherd Centre (Emmanuel House) in Michelangelo’s memory.

We encourage you to share your most beloved memories of Michelangelo here, so that the family and other loved ones can always see it. You can upload cherished photographs, or share your favorite stories, and can even comment on those shared by others.

Posted Jul 16, 2019 at 10:45am
Dear Rosina and Pat,
We are sending you our deepest sympathies and love at this so sad time. Our thoughts and prayers are with your family, as are our hopes for you both to find strength within the circle and love of your family and friends.
With love and sympathy, Carrie and Graham

Posted Jul 16, 2019 at 10:45am
Dear Rosina and Pat,
We are sending you our deepest sympathies and love at this so sad time. Our thoughts and prayers are with your family, as are our hopes for you both to find strength within the circle and love of your family and friends.
With love and sympathy, Carrie and Graham

Posted Jul 15, 2019 at 08:55pm
Dear Rosina and Pat - we will all miss Zio Michele and will cherish the lovely memories we have with him and our family. We remember fondly his visit to us in London in 2007, our summer visits and card games in Canada, and his love of the kids. Our hearts are with you at this sad time. Rest in peace Zio.
With all our love,
Mario, Lisa, Sebastian, and Valentina. 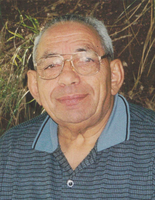 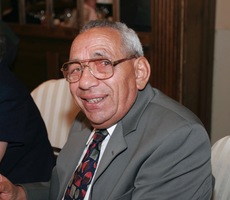 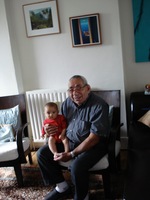 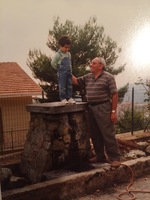