To share your memory on the wall of Gloria Matthews, sign in using one of the following options:

Provide comfort for the family of Gloria Matthews with a meaningful gesture of sympathy.

We encourage you to share your most beloved memories of Gloria here, so that the family and other loved ones can always see it. You can upload cherished photographs, or share your favorite stories, and can even comment on those shared by others.

Posted Aug 15, 2019 at 05:42pm
Ed, Ashley and family,
So sorry for the loss of Gloria, a woman who we will remember as so positive, caring and refreshing. As we shared Vista Dr. over the years we would often run into one another and we recall a vibrant smile and caring conversations as we shared life's happenings together. My last conversation with Gloria was when she proudly pushed her grandson Patrick down the street on a walk with her sister. Now she is looking over you all as an angel and as you continue along the milestones of your lives she will not be far away and will no doubt be guiding you with a smile. Prayers to all of you at this difficult time.
Debbie and John Gainham and family
Comment Share
Share via:
D

Posted Aug 07, 2019 at 07:29am
I remember Gloria, working at Zellers with us for awhile.
Beautiful smile.
Deepest Sympathy
Doddy Keel ( Hollohan)
Truro N.S. (Whitney Pier)
Comment Share
Share via:
A

Posted Aug 02, 2019 at 11:43pm
I was so shocked to hear of Gloria’s passing. We live up the street and my kids LOVED going there for Halloween to get her extra special treat for them even though she barely knew us! Always looked so put together and was so happy to chat when she walked by our house. Sorry for your loss.
Comment Share
Share via:
B

Posted Aug 01, 2019 at 07:12pm
Ed,Ashley,Curtis,Patrick and Delaney Family. She was an angel for sure and is going to be deeply missed by everyone who had the pleasure of knowing her. Sending our love and prayers.
Comment Share
Share via:
MJ

Posted Aug 01, 2019 at 06:43pm
So sad to hear about Gloria. I was so disappointed that she wasn't in Belle Cote during my last trip in 2010. Our thoughts and prayers are with the Delaney and Matthews families. God bless. Michelle (Perry) Johnston
Comment Share
Share via: 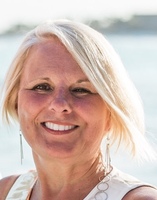 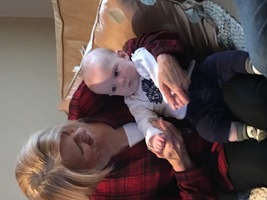 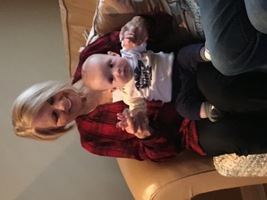 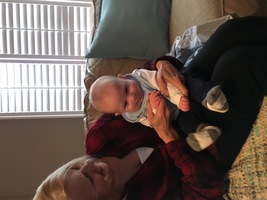