To share your memory on the wall of Florence Cicero, sign in using one of the following options:

It is in grief that we share with you the loss of our mother and loving grandmother – Florence Cicero. She lived her life with great faith in God and the power of prayer. Much time was given in the serv... Read More
CICERO, Florence (Flo) nee Graci

It is in grief that we share with you the loss of our mother and loving grandmother – Florence Cicero. She lived her life with great faith in God and the power of prayer. Much time was given in the service of others. Florence dedicated decades to the care of her late husband John (2011). Throughout his illnesses she was his devoted, steadfast and unselfish caregiver. Later much of her time was devoted to her cherished twin grandsons, Matthew and Nicholas, in whom she took great pride in their accomplishments.

Born in Hamilton, ON to the late Salvatori (Samuel) and Nicolina Graci (nee Farrauto), Florence was the youngest and last surviving of their four children. She was predeceased by sisters Angela Veri, Mary Graci and brother Joseph (Josh).

Florence lead an active, busy robust life as she wanted well into her eighties. Her approach to the role as a mother was with the utmost sense of responsibility, imparting the values of integrity, honesty, loyalty & pride. Flo, Memma, cherished being a loving grandma and was committed to their development of strength of character. She shared her wisdom with us and in this lies her legacy.

Flo incorporated this unselfish dedication and compatibility into her career which began as an elementary school principal’s secretary.

Later, she was instrumental in assisting Fr. Fergus Duffy in establishing Halton’s first Catholic High School – Assumption. She remained at Assumption High School in various capacities for the last ten years of her career. She will be fondly remembered, especially by the first staff and students of AHS.
Travel was a luxury she was able to enjoy when John was well and then later in her retirement. Florida, California, San Francisco, Caribbean, Barbados, B.C., enjoying gondola and helicopter rides through the Rockies and over The Falls.

Left to mourn her loss are her son Len (Leonard) and his wife Leslie (Neil) and their twin sons Matthew and Nicholas and her daughter, Juanita. She is survived by godchildren and many Cicero nieces and nephews, and their children and lifelong friends from the old neighborhood.

Visitation at SMITH’S FUNERAL HOME, 1167 Guelph Line (one stoplight north of QEW) BURLINGTON (905-632-3333) on Sunday, September 15 from 3 – 5 p.m. and 7 – 9 p.m. with Vigil Prayers at 8:30 p.m. Funeral Mass will be Celebrated at Holy Rosary Roman Catholic Church (287 Plains Road, Burlington) on Monday, September 16 at 11 a.m. Family entombment to follow the mass. Help to celebrate her life with us at a reception to follow in the Church Hall. For those who wish memorial donations to the Canadian Cancer Society, the Kidney Foundation of Canada and Diabetes Canada would be sincerely appreciated by the family.
Read Less

Receive notifications about information and event scheduling for Florence

We encourage you to share your most beloved memories of Florence here, so that the family and other loved ones can always see it. You can upload cherished photographs, or share your favorite stories, and can even comment on those shared by others.

I am sorry that I am just seeing this now. Many years ago, as a friend of Juanita’s, I met Mr and Mrs Cicero, who were both, very kind to me. I treasure one particular dinner to which I was invited and thought what a wonderful family. Over the years, I lost touch with Juanita and her brother, but I know how lucky they were to have had such a wonderful mother (and father).

Posted Sep 15, 2019 at 10:28pm
Mrs Cicero was a neighbor and friend. When I was young I delivered the paper. When I was in high school she made me French toast when I waited for a ride to school. Florence was always loving and kind. Thankyou for always having the time and patience for me and my friends at Assumption High School. To Juanita and Leonard, my sincere sadness and peace to you at this time. Thank you both, in friendship. Much Love and Light. Danny Hurley
Comment Share
Share via: 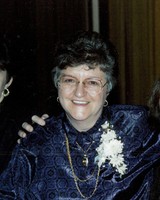