To share your memory on the wall of Murray Fawcett, sign in using one of the following options:

Passed away at Joseph Brant Hospital, on April 21, 2019, at the age of 90. Will be lovingly missed by Nina, his children David (Nancy) and Julia, grandchildren Cody, Emily, Jesse and Thomas; brother-in-law Geor... Read More
Fawcett, Malcolm "Murray"

Passed away at Joseph Brant Hospital, on April 21, 2019, at the age of 90. Will be lovingly missed by Nina, his children David (Nancy) and Julia, grandchildren Cody, Emily, Jesse and Thomas; brother-in-law George Jones (predeceased by sister, Betty), niece and nephew, Susan and Murray; sisters-in-law Natalie Bullard (predeceased by Bill) and Helen Derkach, niece and nephew, Lesley and Darrin.

Murray graduated from University of Western Ontario and went to work at Hamilton Wire Products ultimately became partner. He retired early and pursued other interests. For 15 years he owned and operated Fawcett-Langdon Gallery in Burlington receiving a Certificate of Achievement Award for continued growth and customer satisfaction.

Murray was a member of Bronte Harbour Yacht Club and Glendale Curling Club.

For those who wish, donations in memory of Murray to Heart & Stroke Foundation, Good Shepherd, Salvation Army, Canadian Red Cross or a charity of your choice would be sincerely appreciated by the family.
Read Less

Receive notifications about information and event scheduling for Murray Fawcett

We encourage you to share your most beloved memories of Murray Fawcett here, so that the family and other loved ones can always see it. You can upload cherished photographs, or share your favorite stories, and can even comment on those shared by others.

Posted May 06, 2019 at 03:05pm
Dear Dave and family. I cannot believe your dad and my mom are on the same SMITH'S page, passing away within days of each other. Unable to attend your dads service due to moms decline and eventual death April 27 brings double sadness all around. I love you Dave. Kate
Comment Share
Share via:
JB

Posted Apr 25, 2019 at 04:22pm
Dear Nina and family,
On behalf of my Mother-in-law, Liz Brooks and my husband Dane and myself, please accept our deepest condolences. We were saddened to hear of Murray's passing. Please know we are thinking of you at this sad time.
Sincerely, Janet Brooks
Comment Share
Share via:
SS

Posted Apr 24, 2019 at 11:15am
Dear Nina, Julia, David, Nancy and Family,
You are in our thoughts during this difficult time. We remember fondly the family get togethers and will miss Murray's kindness, thoughtfulness and great sense of humour. Betty or Babe as Murray fondly called her, thought the world of her big, older brother!!
I posted a few pictures of some of the family get togethers that meant so much to him.
Murray you will be missed!
Love George, Murray, Susan & Ron, Brad & Whitney, Everly, Vivian and Jonathan
Comment Share
Share via:
L

Posted Apr 24, 2019 at 09:44am
The end of an era is upon us with the passing of Murray. My heart is heavy as I sit here reminiscing about Murray, Paul, Norman, and Al...the four musketeers. What a time they had! Through thick and thin, through good times and tough times.

I reflect now on the good old days and rewind mind-videos I have created over the years. As they play in my head, I am reminded of Murray in his art gallery; in the boat yard; out on the lake; in the bar at BHYC; enjoying meals with the gang in the Coach and Four, at the Rolstons, in the Blythewood back yard and around their dinner table.

Although I have been away from Burlington I cherish that time of my life, and the friends I have there. Nina and Murray are part of that.

Posted Apr 23, 2019 at 11:53am
Dear David, We are sorry to hear of the loss of your father. I always remember him as being very kind and gracious when he would stop in to visit Mom on George Street. Our sincere and heart felt sympathies to you and the family.
Sheila and Boris
Comment Share
Share via: 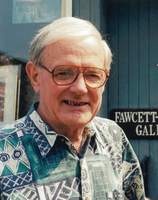 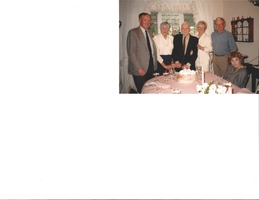 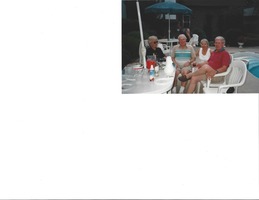 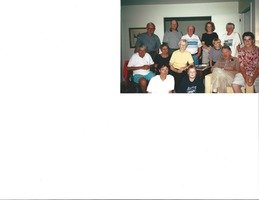